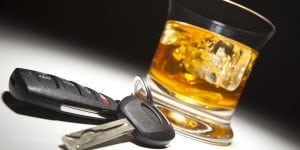 Utah Gov. Gary Herbert has signed a bill into law that lowers the maximum blood alcohol limit for drivers to .05 percent.   The current legal threshold is .08 percent giving Utah the strictest drunken driving law in the nation. Hence lowering the limit even more will definitely start conversations.

Lowering the limit is extremely controversial.  The bill has pitted opponents in the tourism and hospitality industry against backers in the health and transportation fields. The governor’s office has been overwhelmed with hundreds of calls on the bill.  Not surprisingly, most of them in opposition.

The American Beverage Institute opposes the measure. The industry says a 120-pound woman can reach .05 with little more than one drink.  Consequently, the group argues that at that level, a driver is less impaired than a driver talking on a cell phone.

Most noteworthy, some public health experts have pushed for stricter limits.  The National Transportation Safety Board recommended that all states drop blood alcohol levels down to .05.  The intent was  to deter more people from drinking and driving.

There will likely be more arguments over the new law, which isn’t scheduled to take effect until Dec. 30, 2018.   Furthermore, those in favor of the Bill also state that the state needs to re-examine how it penalizes drivers who are over the limit. There are some areas of improvement that are warranted and are necessary.   They will look at impaired driving and distracted driving and repeat offenders.  Also those who in fact have been arrested for DUIs on multiple occasions.

At this time in order to ensure the safety of our staff and community, we are available via telephone, video conferencing and email to help with any of your legal questions and needs. We will continue to serve current clients and assess new client claims through this difficult time, please do not hesitate to reach out to one of our team members:

In addition to our continued availability to help with your legal claims, we are also able to recommend clinics for treatments that are appropriate during this time.